Cellular and Satellite networks are not competing technologies, they should rather be viewed as complementing each other.

To extend cellular network coverage in remote areas, satellite backhauling is already used in many countries. With state-of-the-art High Throughput Satellites (HTS) and well optimized ground systems, it is often more economical, in rural areas, to transmit data by satellite rather than using terrestrial backhaul with multiple microwave hops.

Satellites are also very efficient to broadcast information over wide areas, and they can also be used to distribute content at the edge of cellular networks very efficiently. With a growing proportion of live and streaming videos representing soon 75 % of the total mobile traffic, feeding video content by satellite directly to base stations reduces backhauling costs significantly. 3G/4G networks have the possibility to distribute core network servers, and in 5G core network implementation at the edge will be an essential feature.

Furthermore, another step of integration between terrestrial and satellite is already in preparation for the next release of the 5G standard, whereby standard mobile terminals will have the possibility to communicate not only with their terrestrial base stations, but also with stratospheric platforms or directly with satellites. 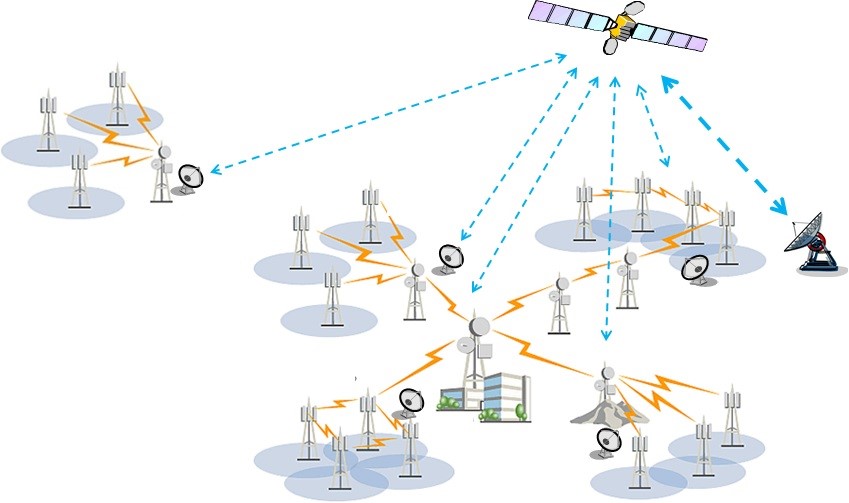