We are witnessing exciting new developments in space technologies. They concern many different fields, starting with powerful new Geostationary (GEO) satellites built to provide capacity exceeding 1 Terabit/s while being at the same time dynamically reconfigurable to adapt to changing service requirements during their lifetime.

At the same time there is a fast-growing interest for Medium Earth Orbit (MEO) and Low Earth Orbit (LEO) satellite constellations. Some projects use powerful spot beam satellites to provide a large traffic capacity with a limited number of satellites, while other proposals are based on a very large number - sometimes several thousands - of small satellites to offer ubiquitous broadband connectivity. Many other LEO projects rely on a smaller number of “nanosatellites” able to connect to low cost low power IoT devices.

In parallel to these satellite developments, we are seeing a variety of interesting “pseudo-satellite” projects with stratospheric platforms at 20 km altitude used for observation as well as broadband communication  with fixed and mobile terminals.

In parallel to the development of the satellite and stratospheric platforms, there are important developments in the ground system as well: introduction of electronically steered flat panel antennas, advanced system architectures with spectrum efficient signal processing, dynamic radio resource allocation. And at the same time, space systems are following the general trend of the IT industry with more distributed and flexible  processing power in the cloud, at the satellite, at the edge or within the terminal itself. 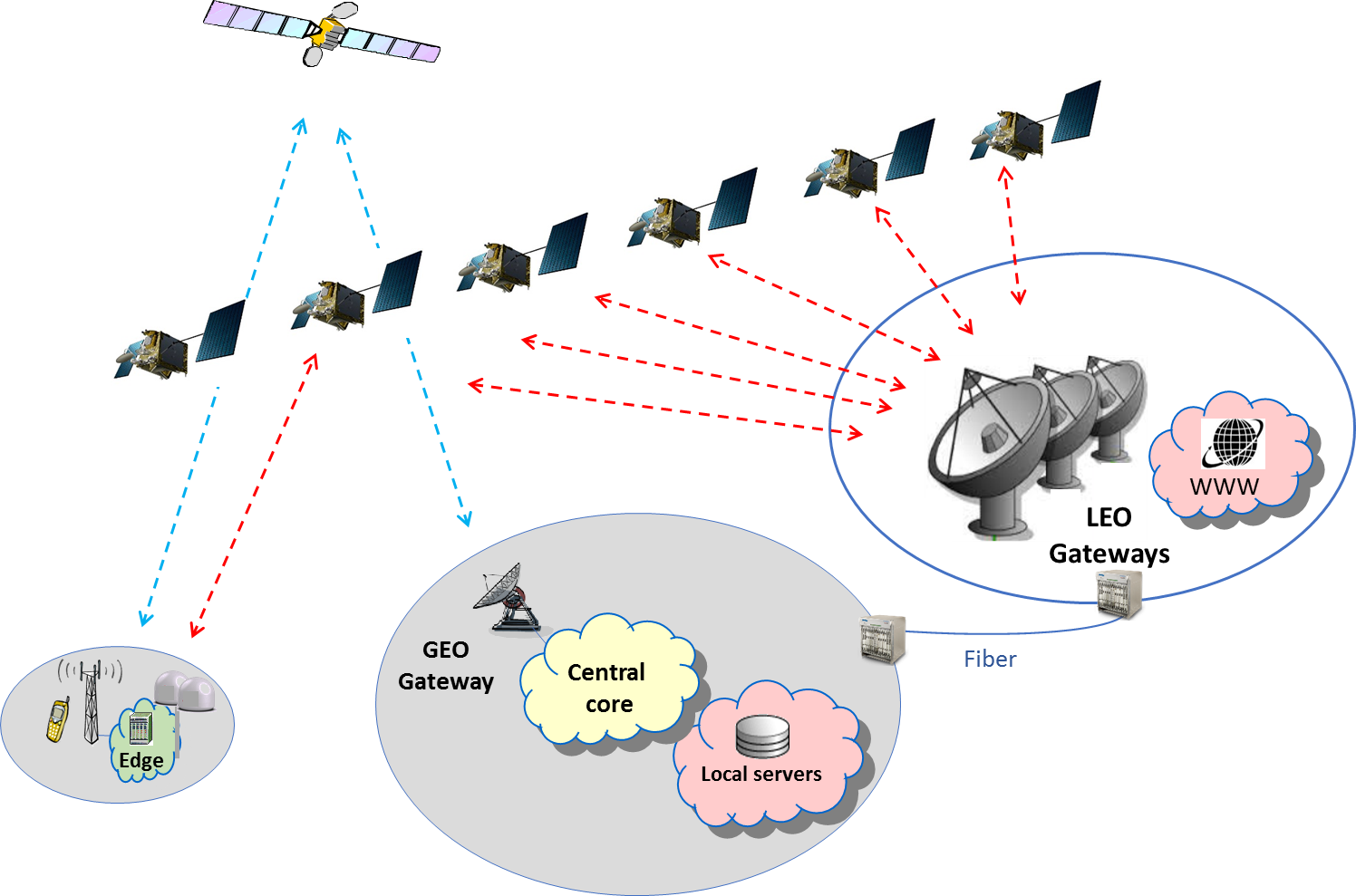